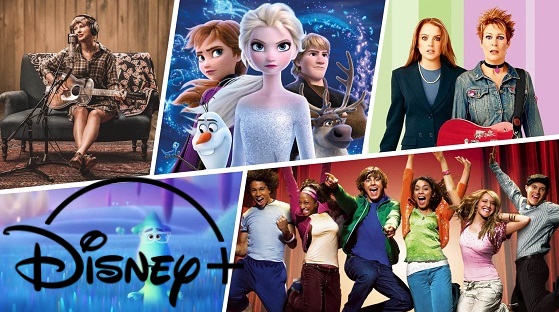 Ever since its 2019 launch the Disney Plus streaming service has consistently delivered a robust catalog of trendy and classic content to its teeming userbase.

With at least 7,000 new and old movies, TV show episodes, as well as 100 recently-released theatrical films from Disney Studios; there’s never a dull moment on this entertainment platform.

Sometimes, you might even feel slightly overwhelmed when deciding on what to binge-watch next – especially as hugely popular titles from Star Wars and the Marvel Cinematic Universe have expanded into the Disney Plus collection.

This explains why we went ahead to do your homework for you by spotlighting the best Disney Plus movies and TV shows available to watch right now.

Here are the Best Disney Plus Movies Right Now

Let’s get our listicle started with Soul; one of the new Disney Plus movies you should watch right now.

This animated comedy-drama attempts to provide answers to the mystery of where our dreams, passions, and interests originate.

Soul was produced by Pixar Animations. It features the voice acting talents of Jamie Foxx, Daveed Diggs, and Tina Fey.

The movie takes you on an adventure from New York City streets to cosmic regions to solve one of life’s most important mysteries.

Perhaps you’d prefer to binge-watch trendy TV sitcoms; then this next entry on our list of best Disney Plus movies is a must-watch.

WandaVision is a blend of classic TV with the MCU in which two super-human beings try to live normal suburban lives.

However, the plot thickens after they begin to suspect that things aren’t exactly as they seem.

With Star Wars: Episode VII, you have an epic American space film from 2015 that has managed to rank among the best Disney Plus movies showing right now.

And while the movie follows the storyline from the prequels; the Force Awakens still manages to give the Star Wars series a much-needed adrenaline boost.

It’s a great movie that re-introduces the new generation of movie lovers to renowned galactic adventures.

It also features a talented crop of new characters like John Boyega, Oscar Isaac, and Daisy Ridley that audiences can fall in love with.

Let’s now introduce you to Upside-Down Magic; one of the new Disney Plus movies showing right now that you won’t regret watching.

This Original Disney channel movie follows the story of a 13-year-old girl and her friends as they discover they can change shape into animals.

They are enrolled at a magic school where they must now learn to master their special abilities to save the entire town from a looming evil.

5. Marvel Battleworld: Mystery of the Thanostones

This next entry on our Disney Plus movies list is yet another spin-off series from Marvel Studios.

You can follow as they travel to a strange new world to acquire the Infinity Gantlet – even as they attempt to figure out the grand plan of Thanos the Mad Titan.

You’ll enjoy watching this animated story about a young man who journeys across 3 fantastical worlds.

The Book of Life movie was created by Guillermo Del Toro the acclaimed producer and it is undoubtedly one of the best Disney Plus movies showing right now.

Manolo’s incredible adventure eventually forces him to make a difficult choice between the love of his life and fulfilling the expectations of his family.

Say hello to Flora & Ulysses one of the best Disney Plus movies showing right now.

This delightful comedy-adventure from Disney is based on a children’s novel by Kate DiCamillo.

You get to follow the story of Flora, a little girl who adopts a squirrel called Ulysses, who turns out to have superpowers.

Ulysses also has an uncanny ability for helping Flora get along with all the lovable and broken people around her.

8. Cheaper by the Dozen

That’s right; Cheaper by the Dozen is one of the best Disney Plus movies you can watch at the moment.

This remake of the American family comedy from 2003 features Zach Graff alongside Gabrielle Union.

The storyline maintains the original Cheaper by the Dozen’s plot.

It follows Zach and Gabrielle’s life together as they try to balance parenthood and the family business.

There’s also the chaos associated with having a dozen children around the house.

Some of you might remember how The Muppet Show was aired as a half-hour variety show back in the late ’70s.

Muppet enthusiasts will be pleased to know that the entire 5 season catalog will now be showing on Disney Plus.

Moreover, The Muppet Show belongs to Disney. So you can expect to enjoy limitless access to the full range of Muppets TV shows, movies, & much more.

This final entry on our list of new Disney Plus movies is where you get to watch Wreck-It Ralph break the internet.

This animated comedy is an action-packed adventure about how Ralph and Vanellope risk everything as they travel to eBay.

The storyline takes place 6 years after the pair’s thrilling exploits in Wreck-It Ralph.

That’s it for our latest discussion about the best Disney Plus movies showing right now.

Now you know what titles to look out for even as 2021 kicks into gear.

Hulu is one of the most amazing streaming channels right now. Moreover, it not only has series but also has Best Shows on Hulu. Hulu...
Read more
The Best

Over the past few years, Hulu has been making it possible for people everywhere to stream their favorite media.
Read more
The Best

Did you just install Kodi on your computer, Android, Amazon Fire TV stick, or on any other supported device?
Read more

Are you aware that your earnings are disappearing fast? Are you looking to gain a charge of your expenditures? Tracking your expenses is among the...
Read more

How to Unblock Minecraft In 2021

You might be interested in how to unblock Minecraft 2021 if you've been playing Minecraft for some time. You are not alone; many people encounter...
Read more

Best Apps To See Through Clothes For Android & iOS

Perhaps you’re someone who likes to prank a few friends and household members; then you should pay attention to the contents of this article. What...
Read more

25 Best PUBG Mobile Tips And Tricks: How to Survive in Battleground

PUBG has become one of the most popular games in the last few years. From college students to bachelor professionals, everyone loves to play...
Read more

Disney is the only entertainment company existing today that has successfully kept 3 generations of avid fans glued to their TV screens.
Read more
© Copyright © 2021 Theappsradar - All Rights Reserved.